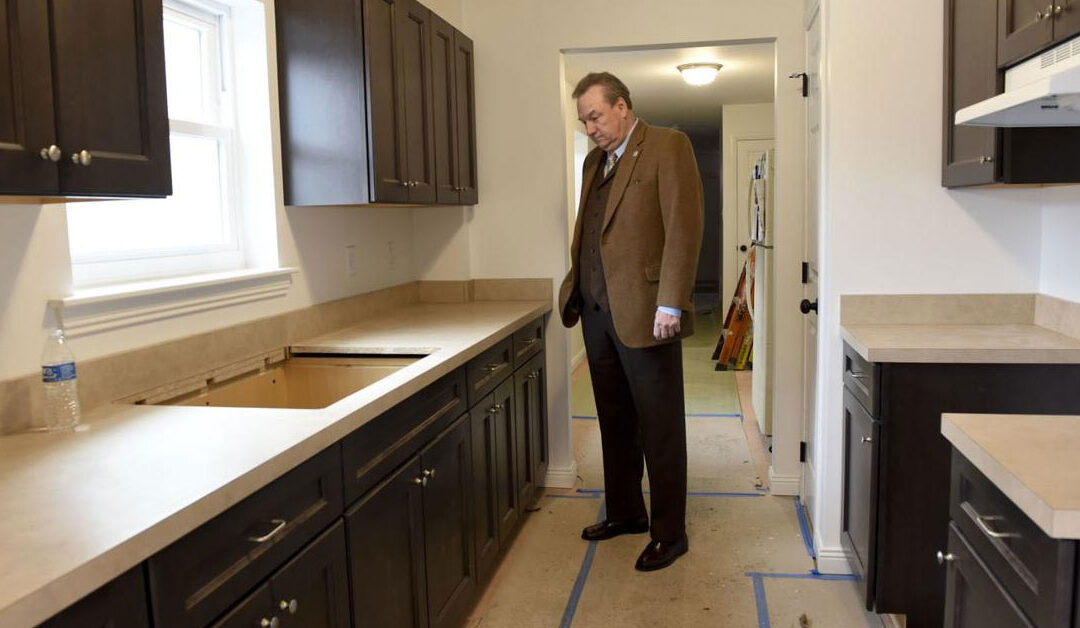 Habitat for Humanity of Berks County has two homes that are almost ready for new owners, but the coronavirus pandemic has put those plans on hold.

Habitat Executive Director Timothy J. Daley said the organization has homes on West Buttonwood and West Greenwich streets that were expected to be finished by late spring or early summer.

But when Gov. Tom Wolf ordered all non-life-sustaining businesses to close amid the COVID-19 outbreak that put a halt to most construction projects. The orders are meant to stem the tide of the virus that has infected nearly 10,000 Pennsylvanians and killed more than 100.

The construction shutdown isn’t what concerns Daley the most, it is the skyrocketing unemployment. Now he’s concerned that families may no longer qualify for a house.

In Pennsylvania, more than 600,000 workers filed for unemployment claims in March. The state is shedding jobs at a record pace amid the forced shutdown.

Habitat has a higher standard for applicants who qualify for house. Applicants must be a citizen, lived in Berks County for at least a year, put in 200 hours of “sweat equity” in 12 to 14 months and they must qualify for a 30-year mortgage.

“This issue becomes: Will they be as financially stable then as they are now once this pandemic has peeled back,” Daley said. “The concern is have they lost their job, have they been laid off, have they had reduced hours, because there is a financial threshold they must meet to be approved for a mortgage.

“I think that’s going to be the biggest concern for the two families with the houses that we have ready to go.”

Since Wolf’s orders in mid-March for non-life-sustaining businesses to close and residents to stay home, Habitat clsoed its ReStore, which takes donations of gently used household and construction items and resells them.

“That’s the biggest revenue source for the organization,” Daley said. “We’re losing a significant amount of money per month.”

Daley had to furlough six employees, which is about 60% of his staff.

“We’re just trying to keep this ship afloat now and get through this awkward time,” he said. “It’s sad to do, but it’s something we had to do.”

Habitat also had to suspend all of its construction.

“That is not losing us money but losing us valuable time because construction is so predicated on time of the year,” Daley said.

Habitat’s project to redevelop a neighborhood in northeast Reading is also on hold.

“Everything will take that domino effect,” Daley said. “Conservatively, several months are going to be lost until we can begin ramping up to the speed we feel we are making the progress we need to.”

The project is located north of Buttonwood Street and south of Lafayette Street between Gordon and Tulpehocken streets and along Johnson Street and has been in the works for almost 20 years.

The end goal is to build 20 to 25 new homes and renovate four to six homes in the neighborhood.

Habitat was not ready to put shovels in the ground and start building homes, but it was in the process of trying to purchase empty lots and vacant or dilapidated homes in the area.

“You can’t even do settlements now,” Daley said. “There is so much affected by (coronavirus) that you’re just standing in place.”

Sen. Dave Arnold, a Lebanon County Republican representing the 48th district, announced on March 27 his plan to put forth legislation that would allow construction to start again.

Arnold’s legislation would direct the secretary of the Department of Community and Economic Development to issue a waiver to “all public and private construction activities that can adhere to social distancing practices and other mitigation measures defined by the Centers for Disease Control to protect workers and mitigate the spread of the COVID-19 virus,” he wrote.

“Halting home building sites and commercial construction sites has resulted in homes and other structures sitting half-finished and, as a result, poses risks to public health and safety that must be immediately addressed,” Arnold wrote. “Leaving partially built homes and other construction sites exposed to the elements will compromise the integrity of building materials and add additional financial loss.”

Arnold is working with senators Camera Bartolotta, John DiSanto and Daniel Laughlin on the legislation.

“We would look to resume our construction,” Daley said. “It would get two of my people back to work right away.

“However, 35% of our construction is done by volunteers. We would be dependent on how they would feel about coming back to the job site. It wouldn’t go from shutdown to back to normal overnight. We would do what we can.”