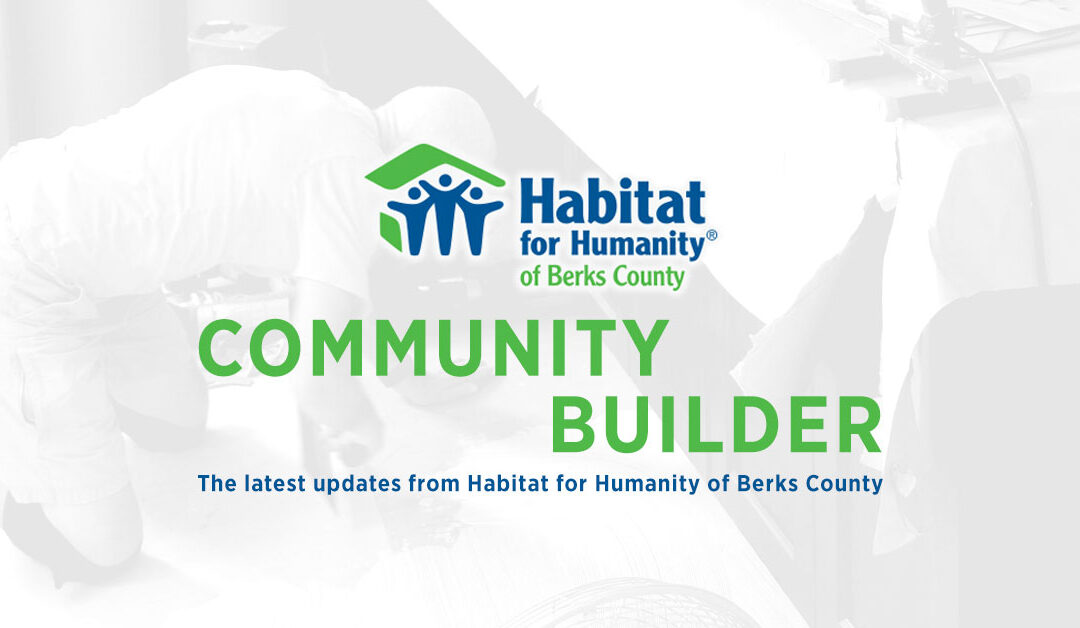 The money will be used to reimburse funds as they are used to build the homes on Miltimore Street in the neighborhood. Once the environmental report from the city is complete, we will begin lot improvements which include sidewalks, curbs, and utility hookups.

In December, Visions Federal Credit Union included us in their “Big Give,” where they awarded $10,000 to ten Habitat affiliates.

“With the rising costs of construction, this is especially good news for Habitat Berks,” said Executive Director Tim Daley, “We are grateful to FHL of Pittsburgh and Visions FCU for their investment in the City of Reading. They are supporting homeownership that is affordable, and neighborhoods that are healthy and thriving.